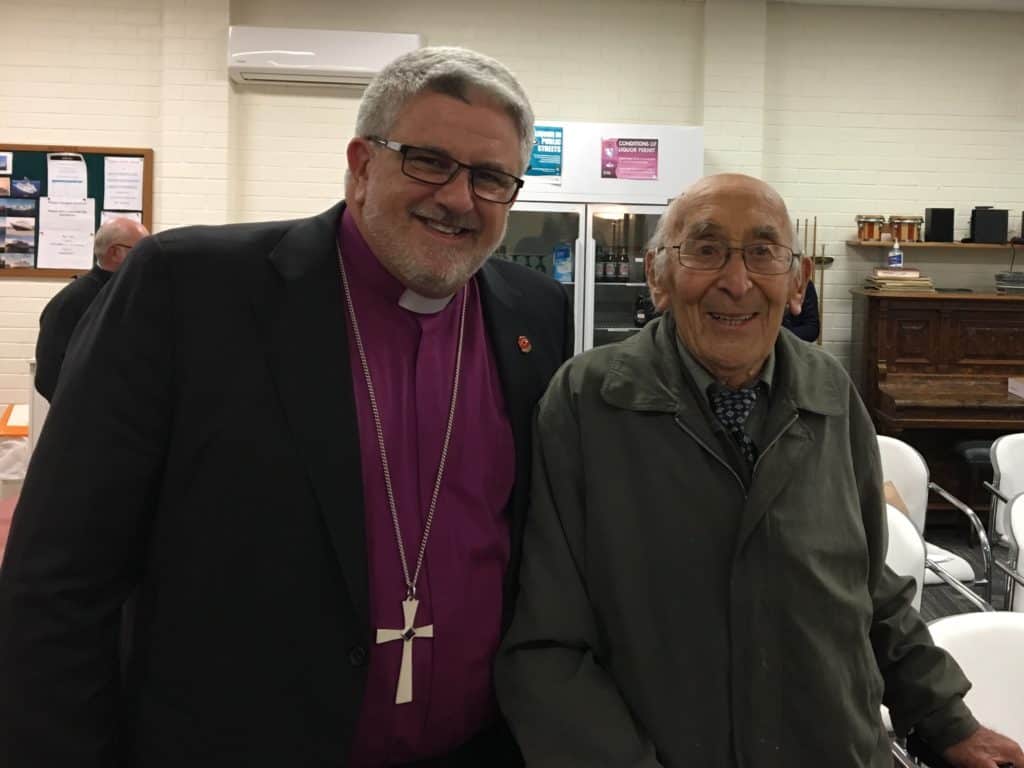 Jack Tomes OAM started as a volunteer with the Mission to Seafarers (Hobart) in 1937, aged 17 years.

He maintained his interest and involvement up to his death on the 5th January 2019.

With his wife, Kath, they kept the Mission open for seafarers during difficult times. Jack regularly sat on the wharf when cruise ships arrived to greet crew. He gave them directions to the Mission and other areas of interest in the city.

Jack also used his considerable carpentry skill from time to time when work needed to be done, particularly when the Mission moved to new premises in Hunter Street in 1956.

On 7th July 2019, the Mission to Seafarers held a special service giving thanks to God for Jack’s wonderful life and his 80+ years of service to God, the Mission and the Diocese of Tasmania.