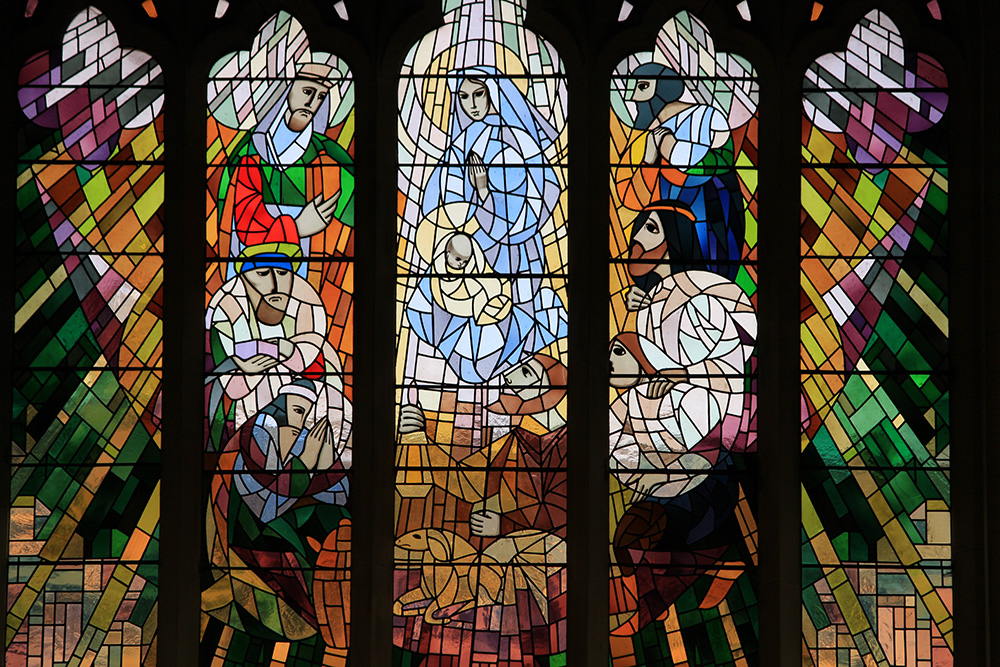 We rejoice that right from the early days Christian people were here, caring for the convicts, the poor and afflicted – and building up the growing colony.

The first Christian clergyman in Van Dieman’s Land (later called Tasmania) was a priest of the Church of England (which later became the Anglican Church in Australia). The Reverend Robert Knopwood arrived with Lieutenant-Colonel David Collins and his settlement party in Sullivan’s Cove in February 1804.

Celebrating our 175th Anniversary in August 2017, the Anglican Diocese of Tasmania is the oldest continuing diocese in Australia.

In 1842 the Diocese of Tasmania was created by Letters Patent signed by Queen Victoria, an action which simultaneously conferred cathedral status on the Church of St. David and transformed Hobart Town to the City of Hobart. Francis Nixon was consecrated as the first Bishop of Tasmania at Westminster Abbey on August 24 1842.

By 1845 there were twenty-seven parishes, along with many Sunday Schools and day schools. The first Diocesan Synod was held in 1857, with thirty-three clergy in attendance.

Although many of the early colonial chaplains were Oxford or Cambridge graduates, the education and training of local candidates in Tasmania was through Christ College. Christ College, founded in 1846, was established to prepare men for the priesthood. Christ College became affiliated with the University of Tasmania in 1933.

By 1853 the transportation of convicts had ceased. With the granting of self-government in 1856 there were many free settlers, many of them Anglican, all eager to take up land and establish farms and businesses in the new colony called ‘Tasmania’.

We are sorry for past sins

Sadly, it was also a time of shame when the colonials systematically destroyed the culture of the Aboriginal people who had lived here for more than 40,000 years.

In 2000, the Anglican Diocese of Tasmania formally apologised and sought reconciliation with the elders of the Palawa people. Local historian James Boyce was commissioned to research the Church’s relationship with the indigenous people of this island. His book God’s Own Country? was launched in August 2001 and is seen as an important step on the road to reconciliation.

The Anglican Diocese in Tasmania has publicly acknowledged the past failures of our Church to care for children and apologised to all people who have been and continue to be affected by the horrors of child sexual abuse. The church has instituted many changes with respect to: our response to and support for survivors of sexual abuse; the proper training of church workers in safe ministry practice; and the safety and wellbeing of all people, especially children and the vulnerable.

A church for Tasmania

The Church has maintained a key role in the community and spiritual life of this State. Anglicans are in every part of our community, working alongside the sick, the imprisoned, providing relief, working with children and their families, youth and young adults, as well as the elderly.

We want our church to be a church for Tasmania. This means that we are here for the long haul. We have been here since European settlement, and we seek to be a people of blessing to our communities until the Lord Jesus returns.