“Jesus has called me as a Christian to serve others, and as a Chaplain I get to serve the men and women of the Defence Force,” says Revd Chris Bowditch, a Reserve Chaplain in the Australian Army. 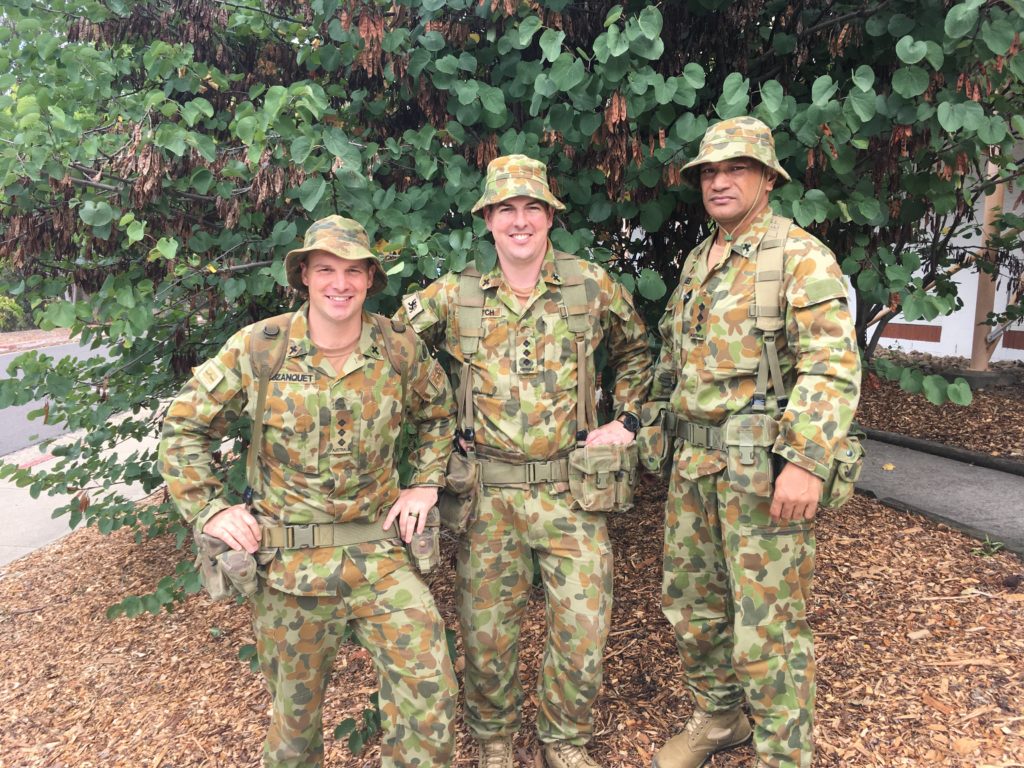 Chris, who is also the Priest in Charge at Lindisfarne Anglican Church, signed up as a Reserve Chaplain in 2015.

“I was trying to figure out what God had made me passionate about and whether I was getting to touch on those areas at the time. I was looking for a new area of challenge, and when I was asked to consider Defence Chaplaincy, I realised I actually wanted to do it,” says Chris.

He was initially worried his wife would think it was a bad idea, “but she didn’t, I think partly because her parents met in the Army.”

Five years on, Chris says he has lots of opportunities to talk to the members of his unit about any and everything, including relationships with their spouses, issues with their children, death, and how to determine what is right and wrong, especially in the military context. Overlaid on all these conversations is the Christian message, that has led Chris to have a number of good conversations about faith.

“As a chaplain, I trade on the history of those [chaplains] who have gone before me – those who served the men and women of the Defence Force well. I have an immediate credibility and a role that is well understood by most of the soldiers and officers.

“The Army is a particular organisation with a particular role and way of thinking about things, and to stand in the same uniform as our soldiers and officers, and to be in the same spaces as them gives [chaplains] a different sort of legitimacy to be people who can care for them,” says Chris.

But despite this legitimacy, Chris says relationships do take time to develop, especially in the Reserves, where the unit works on a part-time basis.

“Last year I went away with the unit for a series of exercises, and such a concentrated time together was very helpful for relationships. A trip like that gave me a years’ worth of credibility,” says Chris.

“As chaplains, we are positioned to serve right next to the soldiers and officers of the unit to which we are posted. They know [chaplains] are there to care for them and that we are one of them. So that gives us much more scope to speak into their lives, to serve them, to understand their context and speak their language.”

Sunday 9 November is Defence Sunday – a day to remember and pray for the ministry of the Church among the Defence Forces.

You can find a list of suggested prayers for Defence personnel here.